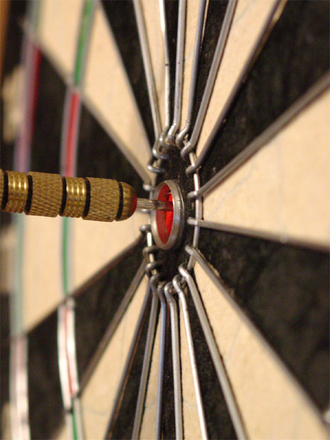 I have just finished delivering another ‘Mile In My Shoes’ (MIMS) down here in the Balkans. As always it was a great event with many insights both for the students and me. Having finished the course I got to thinking more about training in the survival and preparedness community.

Learning real survival skills in the field is something that cannot be substituted with anything, but I see people often try to do that.

Another mistake in learning skills is because they are often (almost always) taken out of the context, or even more often, there is no context at all.

Somehow as a result, there is a whole bunch of people learning skills without mindset where and when to use it, or not to use it. (I agree it is better to have skills even without context than not to have them at all, but that sounds more like an excuse than a justification…)

Prepping is a BIG industry, and for lot of people it just needs to be “sugar coated” in order to be consumed.

It is my thought when you say SHTF.

For some people when they heard “SHTF”  their first thought is let’s say ‘power shortage’ that’s going to last for about 12 hours, their second thought is that they need to be comfortable for those 12 hours (only) because after that government (system, services) will jump in and fix things.

For them SHTF is 12 hours without electricity…

Now what is clear here, I firmly believe that there will be event of complete (prolonged) missing of the system (law, medical services, food distribution chain…) and some of the reasons could be new pandemics, economic problems, ethnic race (religious) reasons, chaos, or simply some wide world event.

Important thing is that people believing in any of these two levels have a lot to learn, but the starting point should be different.

For example for the folks who think that it is impossible to meet anything more complicated then short disturbances in electrical supply there is no too much use in throwing to them war scenarios and tactical shooting course, because for them it is maybe going to be fun, but there is no context there for them, no understanding.

It is more use for them to read history books, speak with war veterans-to try to understand that shit (will) happens, even in most modern societies where similar things did not happen for generations.

That is start for them.

Skills and Using Skills In Context

Real danger here is not about learning skills (which is again great thing to do), it is about not understanding how to put it in correct context and real life situation.

If you putting skills learning into good, practical multi day courses of “basic primitive skills learning course” or “wilderness skills course” and play it like that it is perfectly good and useful.

But again there are courses (or books, publications, media, you tube videos) of “how to survive end of the days”, “austere medicine course” or simply “buy this and you will survive and thrive when SHTF” and inside are skills, and list of items to learn or buy without connection to real situations, it is not only scam (more or less) – it is quite dangerous.

What I am trying to explain is best to show through the example.

Let s say there is “where there is no doctor” or “austere medicine course”, and it is like “advanced” too.

In short part of the course goes like this:

-Students start with drinking coffee, and getting know each other

-It is nice, weather is fine, there are snacks and food available, all students feel really comfortable

-They are injuring a pig (or other good sized live animal) and then trying to stitch the pig, or stop the bleeding in different ways

– The pig does not survive and they learned something about stopping the bleeding, and they feel stronger (and disgusted) because of the amount of blood and screams and how ‘real’ the training was.

Good things here that students get some feeling about blood, and they learned something about bleeding and ways to stop it.

But bad thing here is that they been told that now they are ready for SHTF in terms of the bleeding and stopping it.

In reality they are not even close to be ready.

Preferable this is  how this part of the course should look:

-No coffee on the course

-No food that day

-Students are divided in two groups

-Groups should hide one from another

Now this is very banal example, and it is here only to in terms of an example, but point here is to understand – there is no sense only from learning skills without putting (and testing) those skills in scenarios that need to be as close to real life as possible.

I mean, if we are learning about stopping bleeding on someone when serious SHTF do you really believe  that you ll be well fed, healthy, in good mental state, perfectly capable for that?

What is the point of testing yourself if you do not push yourself at least close to the limits while testing ?

It is much more important  after the some  course, book, or you tube clip to understand and realize that you are not yet ready, and to know your current limits than to be sure “you are ready for full SHTF” because your instructor told you that, or simply book saying you that, while clearly you are not.

If you know your current  limits you know what more to learn or practice or achieve, and that is good, I learn almost every day something, and in many fields there are unknown stuff for me and there is nothing wrong in that…

22 responses to “Skills And Training”