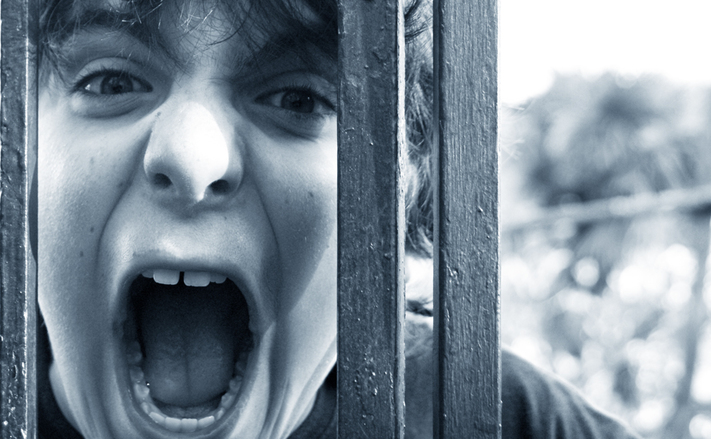 As a continuation from my previous article, here are some thoughts about things that you CAN expect when SHTF. One more reason for writing this is in response to fact that people say that I write a lot about what is NOT gonna be like when SHTF. So here are some points to balance that.

These are my observations from my surroundings here, but I also see and hear this type of thing happening in many places. The clearest example right now is the ‘protestors’ taking to the streets after the recent US election…

I know that every generation looks at the youngsters that come after them as being ‘weaker’ and  ‘softer’ than themselves, so a 90 year old man with lots of real life experience may look at me like I am some kind of wimp, because my childhood was spent with pinball, video games on Commodore computer and Rambo movies on VCR, while he maybe was growing up without electricity, without TV , playing with sticks etc.

Here in my region for last few months, elections were completed. I believe , when confrontation between parties and candidates gets more heated terminology and stories get less logical but more hard and provoking. (And this is almost the same everywhere I feel)

Suddenly there is more talk about how a candidate looks, or about their sex life or similar, instead of discussion about their political agenda, solutions for destroyed economy, or how to stop young folks from emigrating from this crazy region.

Here that means that hate and anger being used political campaign at all sides, which brings old war stories back and stories about new war.

And of course there are whole bunch of young folks who do not have clue about what war looks like, but they like the “drums call to war”, stories about patriotism, sacrifices for the “tribe”.

In short-there are lot of young folks who see possible war as a something romantic, something “high” and noble.

There was lot of same young folks just before my SHTF time, clueless folks who do not know too much about violence and what that brings… I was one of them.

I lost all illusions from my youth pretty fast when people start  to die around me, so words like noble, honor, death and life , friendship gets new meaning or you discover their real meaning.

Point of all above is that today when SHTF it is going to be quite different then 25 years ago, because things changed, even here where time goes kinda slower.

Let s check few things about young folks today, with possibility that I my sound like “grumpy old man” which I am not, at least I am not old 😉

How things work, or differences between generations

My grandparents grew up in home without electricity, in rural settings. They owned cattle, sheep, and chicken. They grew all their food, they grown their own tobacco.

Trip to doctor was not so often a thing, from few reasons: they were healthier, they did not seek medical attention for every nonsense, they had they own herbal medicines, and yes physician was pretty far and pretty luxurious item.

They had weapons, because weapons were part of their everyday life. They hunted.

When WW2 started my ancestor was in resistance movement “in the woods”.

His stories years later were like fairy stories to me, stories about endless walking  and fighting trough the encirclement’s of German forces. Stories about bayonet fighting because of no ammo.

Freezing in the deep snow in the woods because they could not start fire, and how they cut off black frozen fingers with knives, how enemy did not take prisoners…

He suffered PTSD until the day he died, he become heavy drinker. He survived WW2 but I think he kept most interesting and most horrified stories about survival to himself.

He kept hidden (in the ground) a German machine gun for 40 years after the War ended, and had an illegal German Luger pistol on him until he died, even though that was highly “punishable” by the system in that time.

He did not hate Germans, but also did not want to watch German movies, or hear German language anymore.

When I was kid, maybe 7-8 years old, my father started to take me to fishing. Nothing big, simple small fish catching. We did not even (in our home) either need that fish or like it too much to eat, but on  Sundays we would catch few fishes, clean it. cook it and eat it.

But what I learned is that there is fish there, it is easy, more or less to catch it in a very simply way. It can be cleaned, cooked and eaten.

Some of the procedures may not looked nice for a kid, but it was kind of learning how things work in nature and life. There is fish there, and you can catch it, kill it and eat it.

Nothing too deep in it.

Through my growing up, I learned how to make bread, basics about cooking, fixing things and similar, small first aid things, school system was organized in a way that in primary school we had classes about “civil defense” or basics about defense from the invading force (socialistic system was organized on a way that in case of invasion on the country doctrine of “total war” was supposed to be implemented, so every civilian should become fighter, or similar).

Obligatory army basics was for every grown up male, usually lasting around one year. You were soldier for one year, or “grunt”, and in the military reserves for the rest of your life.

As a result of growing up on that way, I had at least some kind of clue what is going on when SHTF, I mean I know some things. Still I found myself completely overwhelmed with everything that was happening around me: killing, suffering, shootings, violence…

When I sit at the local coffee shop these days, I can see this new generation around me. Generation that is loudest and main candidate actually when it comes to be sheep, or cattle, or cannon fodder(?) if you like.

They main preoccupation is to have a cool type of beard, or to be in the “niche”. Popular is to be in animal rights movement, not because they care about animals, but because it is popular.

The main task of the year is to know what kind of underwear is on their favorite star from the local reality show, which, by the way you do not know is it man or woman, because it is cool like that, it brings ‘mystery’.

For last almost 20 years, serving of mandatory military service stopped, both because of costs and probably as a way to try to “pacifize” our society. To have(own) personal weapon is task that will take you about a year of endless paperwork and checking from the state. The system, in short,  does not want you to own a weapon.

This young generation is screwed when SHTF and we are too, with them.

Great majority of them do not have a clue what is hunting, if you take them fishing they may feel like they are finding and killing Nemo probably. Making sandwich is probably most complicated food preparing procedure they know and so on and so on.

They may think that things like electricity and city services work by some kind of miracle from the thin air, as opposed to a complicated, technical system, which is very fragile.

Their knowledge about possible SHTFs and collapses are learned not from real life stories or experiences, but from the Walking dead TV shows.

What is all about?

We are been taught (or we think) that progress is endless. That world is going into the directions where violence, diseases, wars, are going to be a matter of history and left to the ‘dark ages’.

At first glance it makes perfect sense that my grandparent knew what kind of tree bark to eat while he was starving in freezing cold in WW2, and later had illegal weapon for ‘just in case’ until the day he died. While on the other end of the story we have young folks who are completely not capable to survive anything without the help of the system.

New ages are coming, age of science and great achievements in every field.

We are actually living in bubble that is over inflated, and being poked more and more with things like terrorism, economic depression, big migrations, new Cold war, new types of diseases etc.

One day pretty soon that bubble is going to burst and then this new generation will have two choices: either to die in huge numbers, or to look for the resources in a way that looks the ‘most easy’ to them, and that is actually by taking it from another.

And that is actually the real zombie apocalypse! This large number of desperate folks who will ‘swarm’ to and demand the resources of anyone that has the things they ‘need’. We here in the school are always saying, one of the big problems with Urban Survival is the ‘presence of people’. It is very important folks study the types of people they are going to come across in any challenging times ahead…

These are some of my observations on our current generations. As always we love to hear from you all in the comments on your views and experiences. Please do get involved in the discussion below!