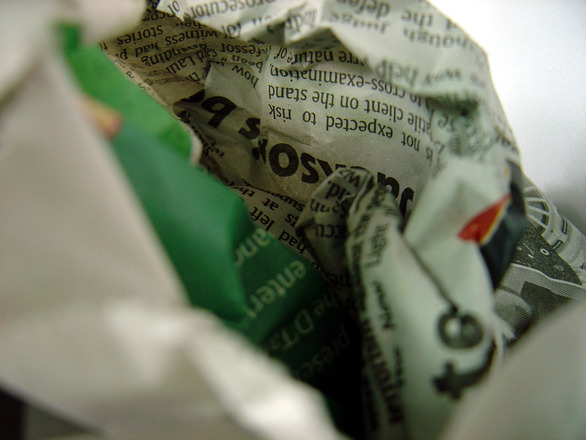 „In the last 48 hours, 4 people have died in a local hospital from flu type „xyxz“. Hospital representatives state that there is no reasons for panic, and they have formed a special committee, that will closely monitor the ongoing situation and keep the public informed.

From our anonymous sources, we have found out that 4 more people are in same hospital, currently in a very bad condition. These patients are suffering from the same type of flu virus. Our source states „they (hospital managers) do not know really what’s happening or how dangerous the developing situation is“.

Experts we have contacted, state that people need to protect themselves with masks and avoid public places with large crowds.

Our channel will give you latest updates about the situation…“

What Does it Really Mean?

Imagine this news shows on your local TV station, and background images show people in BIOHAZARD suits carrying some heavy looking objects in big black bags, and a man who is supervising burning a big pile of something.

You are a prepper (obviously) and this news story causes you great concern, you may conclude that it is time to get „out of the town“, go to your Bug Out Location (BOL) wearing your masks, or bio suit if you have it, ready to shoot at whoever may try to stop you.

Nothing too bad with that, if you feel it is time to run, then you run, that’s it…

The likely reality to this ‘story’ though, is that 4 people did die from flu, but just like every year. A huge number of people dying from the same annual flu, mainly older folks with chronic illness (not mentioned by media), or patients in already poor condition.

The Hospital did really form a special committee to take contact with media, simply because the media pushed the hospital staff really hard with a lot of questions about ‘this situation’.

The „Unofficial source“ in these stories is often some guy who wants to have his piece of „fame“ by telling simple fact that there is „more people in the same bad condition“ (just like in any hospital, anywhere, anytime).

The ‘expert’ who the media contacted talked about simple and common sense fact that „you should have mask on and avoid public places“ if you want to stay healthy, and protect against flu or cold or anything similar.

But if you put that statement with background pictures of people carrying big bags in bio suits, the same statement now has a completely different ‘sound’, yes?

You’ll likely find the background pictures were a couple of years old, showing some dead cows being disposed from a local farm, because of cow disease.

The point of this story is not to tell you to ignore ‘news’ if you hear that people start to die locally, but to think first about two key points:

Sometimes reasons behind running such a story can be really simple and „funny“, like selling 100,000 masks that someone have stored somewhere, or to provide vaccines etc, sometimes it is nothing, just big ‘headline’.

And yes, sometimes it gonna be real. If you do not have other sources then yes, trust your instinct.

One of my fears and at the same time an essential ‘decision point’ when I (and you) should go into full survival mode is not when SHTF, but when folks realize that Shit Is really hitting the fan.

From that moment rules are changing, and you can expect anything.

What does that mean?

I have seen people burning other people houses, sometimes with people inside, just because they like that: They had an expression of joy and happiness on their faces,they wanted to do that for their whole life, but of course they did not had chance for that, simply because system was there to punish them hard even for trying to do similar things.

But they did that and similar things when they realized that SHTF, and there is nobody to punish them.

You want to be there when they realize that?

So, an example would be that you could (and should actually, as a good prepper) realize that SHTF way before those kind of people begin to realize.

Use of that timely information could save your life, the big difference between you (prepper) and a non prepper is that you should have that information before them and react to it.

And you are most probably not going to get that information by using „regular“ media,  at least not in time to have advantage over the other folks, especially bad kind of folks.

You should plan to use the maximum information in the best time, to go into the let’s say „stealth“ survival mode and leave the area, while there is not yet a need to go to the ‘full’ survival mode of needing to do bad things to achieve your objective.

At least that would be the most desirable outcome.

Information and misinformation have value, value of it can rapidly change depending of the timeline when you get it (or give it). Just to repeat ‘valuable information’ is often very ‘time sensitive’.

Let’s say the story from the beginning of the article is true, in that a pandemic is really starting, and you received that information before chaos happened, before everything fell apart, all city services stopped, before people start stampede out of the town.

In that case you could have enough time to easy leave the area to your BOL, or to even stop by the stores and buy everything that you need in case you did not prepared enough.

You know that S. Is going to hit the fan in 3-4 days and you can prepared very well for that, and watch from your BOL how world is going to shit through the chaos.

Or you know that the pandemic ‘news’ is serious misinformation, you could just go and buy huge amount of face masks, and sell it to the folks who think pandemic is really happening if you want to make that kind of money.

In both cases information is valuable because (again) you get it before others did.

Fear is a thing that moves people in different directions. It is natural thing and let’s say that almost everybody has fears or gonna experience fear in some situations.

In terms of SHTF fear can be „coped“ or minimized with activities like training, confidence (in your skills, preparedness etc), or simply some of us gonna experience more fear than others.

One of the biggest fear that I experienced and saw other people going through,  during the SHTF was fear from the unknown.

That „unknown“ was many different things, but most of the time it was induced by lack of the information or wrong information.

What does that mean?

It  works on many levels.

For example, some time after the SHTF, rumors started that poison gases were used in some parts of the region.

You could not point out clear sources who was their or experienced it, but everybody talked about it, and people feared this a lot.

As a result, in one period you could easily „conquer“ one building full of folks by throwing in a smoke grenade only, they all just run of the building in panic.

In some cases people just set rugs on fire in order to make smoke.

Yeah, it sounds stupid now, but what do a bunch of civilians know about poisonous (military) gases and how they look or work?

In your case it can be something else, do not underestimate power of misinformation and fear when you are thrown into the collapse.

When SHTF, myths and rumors take places, because people use it as a advantage. For example in situation when information is planted that 500 armed people coming to your part of the town and that they killing everybody they find.

Or like popular myth, like „fact“ that drinking strong alcohol will help you not to freeze in cold environment.

Local „warlords“ used to plant rumors in order to take business from each other in things like selling smuggled food, or smuggling people out of the town in exchange for gold.

In among all this you will also be strongly tempted to lie to yourself, by telling yourself that everything is going to be OK, things are not going to go to shit because the  world cares what is going on, and little babies can not die because lack of simple medicines at the end of 20 century.

As a conclusion, false and real information are there before and after the SHTF.

And it is weird, but sometimes it is harder to find good info. in „normal times“.

Point is that you need to follow what is going on, but not just run for the information, rather to carefully choose and check every piece of it.

When SHTF you are gonna work based on small pieces and bits of info’s, and errors are gonna happen, you cannot avoid it.

What you can avoid is your need to trust in some information simply because you are too well prepared for that.

Preparing is (again) the key, and in many scenarios Knowledge truly is ‘Power’.

Every Day Carry (EDC) Foundation Concepts The Importance of Illumination