Blog
You are here: Home / Blog / General / Some Thoughts on ‘Reality’ TV 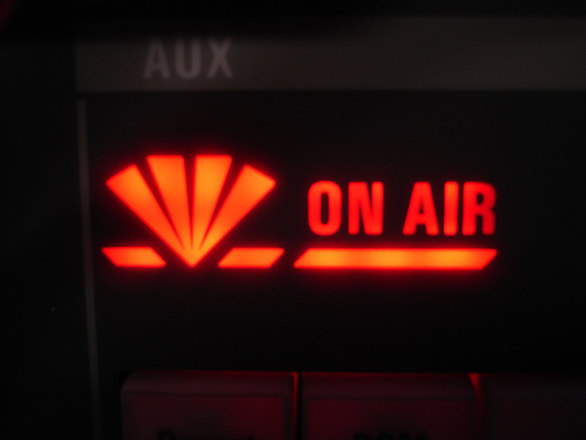 A long time ago (years ago now) I wrote a blog post on something like a ‘review’ of one of the popular survival shows, and I kinda “crushed” that show because it was full of techniques that looked cool on TV but will get you killed in reality. Later I decided that I will not do anything like “show reviews” because it is industry that you cannot beat, that said, I have to say my piece again…!

I read a few days ago (maybe some of you read it too?) about the newest survival show that supposed to start. This time in Russia.

It is gonna be placed “on a large island in the Ob River, the seventh longest in the world, chasing a 100 million rouble ($1.7 million) prize on a nine month survival mission in winter temperatures as low as minus 50C.”

And he continues:” “Everything is allowed. Fighting, alcohol, murder, rape, smoking, anything.”

And: “The survival race on the island will be filmed and broadcast 24 hours a day on an internet TV channel, Pyatkovsky said.”

While I do understand how survival shows attract attention and earn good money, simply because they are interesting (I guess) to average folks who do not have chance to test there survival skills, I still do not understand amount of stupidity in majority of them and lack of common sense.

Does anyone have the thought that people are gonna die because they learned something the wrong way from those survival shows?

This newest Russian show I think beats them all, do they think it is game? Rape? Have we gone so deep down as a society and humanity that we throw in rape as an option in survival show? And we put it down in same level of “wrong” as an alcohol and smoking? (“Everything is allowed. Fighting, alcohol, murder, rape, smoking, anything.”)

Anyway I do not have high hopes in survival shows when it comes to learning something, from the whole bunch of shows  there is couple of shows that are usable, and people in those shows do not run, jump too much, or do things the ‘hard way’ (when there is an clearly easier way).

People in good shows usually showing good survival techniques for survival, not fancy and dangerous that attract views and numbers (and earn a lot of money)

Also, “real survival shows” that are recorded and broadcasted all over the internet live are not real, people usually do not act real when they live all over internet. It is pure show, not survival, folks somehow tend to forget that.

One more interesting thing about this Russian survival show is that one of the possible contestant says:” I want to do something so mad and unforgettable so that people later say “do you remember that girl”… we only live once and we must make the best of our lives. I am ready”

Mad and unforgettable? Best of your lives? you are ready?

Some things can not be part of the game, not even in hints…

My friend told me a story long time ago, he was a part of small squad unit who gets ambushed in street and shelled with mortars.

House wall collapsed on him and he lost conciseness.

He woke up in the middle of the night, under the rubble of wall, alone if you do not count his fellow next to him- his buddy that had only torso, everything under his belly was gone ,he was dead of course.

Everything was peaceful, nobody else was there, his comrades from the squad were not to seen or heard.

He started to try and dig himself out of the rubble when he heard noises of people approaching.

Group of some 20 enemy men, together with 5-6 women approached and entered house across the ruined house where he was lying.

Only thing that separated him not to be seen is partially destroyed wall with window opening on it and the fact that it was night.

Behind that opening he was lying under the rubble.

He said that armed men together with imprisoned women entered house leaving one guy in front of the house.

After some 20 minutes screams started from the house, together with laugh of the men, it was clear that they were torturing and raping women inside the house.

My friend said he heard comments like “bring her here” or “move her on table” and stuff like that, and then a few gunshots.

It continued like that for couple of hours. My friend tried to remove dirt and rubble from him, but it was impossible, piece of concrete wall was on his legs, and he was afraid to death to make too much noise, guy on guard in front of the house was standing maybe 10 -15 meters from him.

His mouth were full of pieces of dirt from wall and broken teeth, and he said that night he suddenly become man of faith-he prayed so hard not to cough, not to be heard, because he knows he would be shot to death-maybe tortured before.

Out of the couple of women he remembers one of them refused to “cooperate”, they gave extra attention to her, he said probably with a knife…

He had rifle next to him, and he said that he started to pray to God to give him a strength to shoot himself because he could not stand it anymore. But he did not have courage for that.

Then he wanted to use rifle to shoot the guard and to try to shoot at the others when they rush out, but he was even afraid for that because he would end up dead.

Then he cried silently.

He says he was listening to screams almost all night, he also said that he literally shit and piss in his pants out of the horror from the screams, and out of fear for his life.

He said everything went calm, only sound in that moment was very distant sound of jet planes very high (NATO coalition regularly had high attitude flights in order to maintain no flight zone above war territory)

Before he pass out, probably because shock and loss of blood, he said two thoughts formed in my head, first was “ I am coward” and second was “thank you God because I am alive”

He woke up couple of hours later in a British UN forces field hospital, their unit found him in the morning and took him inside an armored vehicle.

War ended, he took down his uniform and left rifle.

He married and got kid, he went through a serious drinking period, he “touched” some drugs too, he divorced, lost job. He become more or less a ‘not functional man’.

But he never forgets that night when “God gave him life again” but also when he realized that he is coward too. And what he did not say is that night actually destroyed his life.

Up to now, you probably realized that some of my articles are just memories, without clear message or point, it is up to you to draw point or see message.

It is like that with real life-often there is no sense and message, or there is different message for each one of you.

But real survival usually is not “Best of your lives” and you may conclude that you are simply not ready for some things.

Some things cannot be “played” before you experienced it in reality.

Do you think there are problems with these ‘Real’ Survival shows? Let me know your thoughts in the comments below…

33 responses to “Some Thoughts on ‘Reality’ TV”

Some Thoughts On Food… Under Pressure