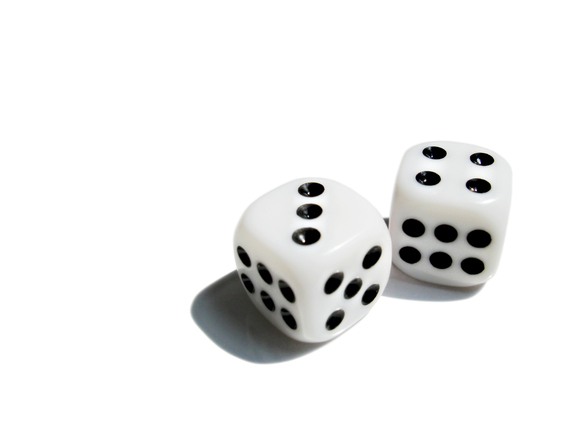 Toby’s Note: While this article is written primarily as advice to Self Defense instructors, it should be noted serious students of Self Defense need to be studying and addressing all the points raised AND we highly recommend choosing their instructors in accordance with the advice given in this article.

There are seven things you must cover if you intend to teach self-defense. Failure in any of these areas will leave your student vulnerable.

1) Ethical and Legal Aspects of Force.

Self defense is a legal term, not a selection of physical skills. To teach physical self-defense without respect to self-defense law is as irresponsible as teaching someone to drive without teaching the rules of the road. Many of the systems we teach are either older than the legal concept of self-defense, derived from a military art without legal niceties, or invented by criminals.  As a rule, nice, peaceful, law-abiding people are crappy at designing functional combat systems. It is not hard to teach with respect to the law, most people’s instincts are fully in line with legal expectations. When one hears, “I’d rather be tried by twelve than carried by six” it is a sure sign of an instructor too lazy or too arrogant to do the research necessary to help the students avoid both of those options.

The law is the standard society will hold you to, but your internal ethics are the standards you will hold yourself to. There is always a moral dimension to any use of force and you will always be either the good guy or the bad guy in your own mind when the smoke has cleared.

That seems clear-cut, but it is not. Even the most necessary force often runs counter to the student’s social conditioning. Realistically, everything involved in self defense is breaking a law or, at minimum, a taboo. When you strike someone to defend yourself, even if the person is attacking you with a knife, you are committing the crime of assault (or battery, depending on how your local jurisdiction defines things.) Self-defense does not make the crime disappear, it makes it justified. Hitting someone is committing assault. Killing someone is intentional manslaughter. But even something as simple as setting boundaries is being rude to a stranger. Every last act that comprises self-defense are things most students have been taught never to do, or taught that bad people do them.

This social conditioning creates hesitation. It can get your students killed. One of your primary responsibilities as an instructor is to find your students glitches and work them out. It doesn’t matter how skilled a fighter you are if the small voice in the back of your head won’t let you act.

You must understand how crime and violence actually happen. Without this knowledge it is impossible to have a realistic and efficient defense. You will never meet a doctor who studied medicine and surgery but refused to study disease and injury. You will never meet a mechanic who practices with tools but has never looked at an engine. But it is endemic in martial arts and self-defense for instructors to have fifteen or more years of practice in “what to do if attacked by a bad guy” who have never spent a single day studying how bad guys attack. In any other field this would be considered literally insane and unforgivably negligent.

Under the assumption that the students are smart enough to walk away from anything they see coming, it is axiomatic that they will be hit by something they didn’t expect. Or something they expected and were too arrogant to acknowledge. They need skills— simple, effective skills— trained to reflex speed to get past the sucker punch or ambush in one piece.

There are no perfect answers for counter-assault training, but there are some damn good ones. The technique itself must be efficient, have no decision tree (e.g. the technique is the same for right or left attacks, high or low, straight or circular, hand strikes or kicks, weapon or empty hand attacks), robust (meaning the technique still works even if done mostly wrong), and, ideally a “golden move” (prevents harm to you, injures the threat, betters your position, worsens the threat’s position or structure).

Proper operant conditioning can get the technique up to reflex speed.

Well-trained and experienced operators still freeze, even if only to switch gears from patrol to combat mode. People freeze. It is natural. Some freeze in their minds, denying the attack is happening or trying to make a plan when there is no time for that. Some freeze chemically, getting such a dump of stress hormones that they are helpless. Many, especially in their first violent encounter, freeze because they do not know what will make things worse.

Your students need to understand that freezing exists, learn how to recognize when they are frozen and learn a method to break the freeze. It doesn’t matter how good they are at fighting if they stay frozen.

Most training concentrates here and too many instructors believe that this is enough. But, obviously, you need to survive the sucker punch and break the freeze to even access this training. The good news, most things that are taught do work here.

The bad news, the circumstances under which those effective skills have to work will be completely different than what the student expects.

The student in the fight will not be the student that trained. In training, students are alert, sober, warmed up and stretched out, attentive and engaged, and not under the influence of adrenaline. Threats (bad guys) are not training partners. The threat is not trying to help you be a better person, does not care if you go to work tomorrow, and will be attacking you— fast, hard, up close and by surprise— not giving you predictable feeds to work on. And the fight happens in places with bad footing and lighting and improvised weapons and environmental hazards.

When the physical part of a self-defense situation is over, things are not over. There are potential legal, medical and psychological consequences as well as the possibility of retaliation. There is no consequence-free way to get involved in an intensely violent event, and the student unprepared to deal with the aftermath might bleed out, or say something that sends them to prison, or turn to drugs, alcohol or suicide. And that’s not a win.

Conclusion. All seven aspects are important, and they also affect each other. Working out your students’ ethics prevents freezes and also helps with the psychological aftermath. An event avoided has no injury, no paperwork and few internal issues. Students who have never heard “Everyone freezes” often interpret their own freezes as symptoms of cowardice and psychologically hammer themselves. Appropriate de-escalation or efficient hand-to-hand is impossible if one doesn’t recognize the dynamics of a particular act of violence. And a good counter-assault kicks in at the speed of nerve, giving you an edge before the stress hormones and freeze can even happen. All of these are important, and all work together.

To read more on these critical seven aspects you can read my book, Facing Violence