Blog
You are here: Home / Blog / Survival Psychology / Under Pressure 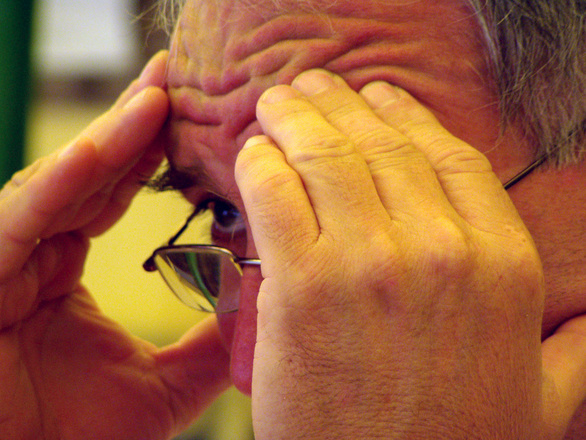 A month or two ago or so I made (promise to myself, and others too) a decision that I will write posts on my blog more often, because of a few reasons, first and most important is that you folks react positively on posts and want to read new posts more often, other reasons are simply because there are always good topics for writing, and I simply want to write more often.

But just like with lot of other good (and strong) decisions, very often real life jumps in and asks for all your time and attention. ‘Life pressure’ gets you and you are simply living day by day under it.

Pressure dictates all your actions because you have to live, and sometimes writing blog post is a fine luxury…

Point of this short intro. is that I have learnt, a long time ago, how to operate under the pressure, and it is simply about switching off some of your functions and pushing on and on, until you get again into the position of normal.

It is one of the most valuable lessons of surviving the SHTF, because if you do not do that when SHTF you will fail to operate properly and that will get you dead…

Anyway, now I (finally) have some time to write a post, I want too share with you this story:

The guy was about 45 years old when I met him. The SHTF maybe two months before that, and I met him while we were trying to make sense of some military power generator that we found in abandoned army storage.

It was hopeless attempt to make it useful, we did not had any clue about how that thing worked, what fuel it used, or even how to drag that beast to our home.

Even if we solved all that problems, starting it at home was like invitation for bad folks. But we did not know any of that in that moment.

That guy was something like “guy who knows stuff”, because decades ago he served in the Army and his duty was to operate that things, so he was there to explain to us what we actually found.

Generator was partially buried under rubble of collapsed roof and all kind of junk and we spent a lot of time to clean all that away, he helped us, and while he did that he was murmuring something all the time, like he is talking with someone, or arguing something with someone, I did not pay attention to that.

And then he started to explain to me what we have there, he talked slowly, I could see that he know that stuff.

But then he went quiet and turn his head like he carefully listening to something. My senses immediately go up, I crouched and look at him and whispered to him “what, WHAT”? because I thought he heard someone is coming, because then that could easily mean danger.

He raise his hand to me wanting me to be quiet, and I go quiet, then he kept his head in that position for couple of seconds then said to me ”all good man” then he continued with explanation about the generator.

Couple of minutes after that, he again go quiet, raise hand giving me sign to be quiet and turn his head like he is hearing something suspicious.

I started to sweat, something was moving in my guts and had feeling like we are gonna be jumped from someone there, I almost wanted the shooting to start just to have a target to break down the fear.

Then he continued and asked me ”you do not hear anything”?

But I did not hear anything suspicious or I was not sure.

He said “ sorry man, I often hear things, now I hear someone calling my name”

At that moment I froze and  a tingling slowly went over my back.

Here we are in the middle of huge military complex, in almost pitch dark, all kind of noises that you have in destroyed buildings are there, probably other folks are somewhere scavenging for useful things, everyone have some kind of weapon, something smells awful-clearly there is corpses there,there is no law and punishment and I am sitting in middle of that with a psychopath…?

He was smoking a big, fat, handmade cigarette and when he “pull the smoke” I could see his face, it was completely peaceful, but all what I could think was did he have knife close to him?

I remember seeing that knife while it was still little bit light from dying day, it was on his belt, a big kitchen knife.

My friend was somewhere around scavenging, I was alone just then with this guy.

Guy continued “sometimes I hear music, but mostly I hear people calling me, usually I know and I am aware  it is only in my head, but from time to time, I just have to ask if someone else is hearing it, because it is so real and I know I am not crazy. I like when I hear music, usually there are my favourite songs”

I said, smartly” all good man, it happens” but in my head I was waiting for my friend to come back and I was thinking “fuck the generator, fuck the barracks, this dude is crazy…!”

Then guy said “yeah, forget it, you do not hear it” and continued with explanations.

My friend got back and we moved from there, anyway generator was junk.

I was angry at my friend because he connected us with that crazy dude, I yelled at him “ I almost shit myself there in pitch dark with him and voices in his head”

My friend said” oh, he is fine, do not worry. He is fine guy, he is electrical engineer, when war started militia imprisoned him a week, and beat him all the time for fun.

Every day they would bring him in front of the prison and put a blindfold on his eyes and make a firing squad and acted to the last moment like they gonna shoot him.

After one week they released him, but he then started to hear voices, he is genius, but with a bunch of people inside his head.”

After that story I just said “shit”

Months later, I was on the upper floor of my house, drinking and smoking, having a moment of some kind of weird personal peace.

Noises of explosions and gunfire were there, mostly in distance. The moment was fine for me.

And then I heard music, and it was one of my favorite songs actually.

My first thought was ” great, my favorite song!”

5 seconds after that I jumped like someone stabbed me, remembering thinking” oh God, I am losing my mind, oh no please…”

I run down, enter my house, scare my family and pull my relative out from the house asking him “do you hear it, do you fucking hear it man”?

He was angry on me because I pull him out violently, he said “do I hear what”?

He said “ yes, it is Drago man, they probably drunk there”

I was staring to him, not understanding what he is trying to say. Then slowly I realize things:

Drago was the nick name for Army Armored Personnel Carrier (APC) with speakers on it – propaganda vehicle. Usually they blow our brains out with propaganda all the time, public declares, calls to surrender, all kind of junk, sometimes patriotic junk songs, insults and threats what they gonna do to us all the time, but never good music.

It looks like someone in that APC get bored from propaganda and junk and finally put some good music, or simply he got stoned.

I asked him again “you hear it”?

Later, in next couple of months I met more folks who “lost it”. Couple of times I personally heard strange things, saw people that were not there, usually when times got really bad.

Pressure on human body, and particularly human mind in real SHTF is usually huge and you can expect weird things sometimes. Brain will play tricks with you, and sometimes you just can loose it.

Prepare not to loose it.

Just in case, in my physical courses, I point out often that real survival things and skills are tested best in cicrcumstances when you are scared, and when you think that you saw something that is not there or hear something.

I am trying to test you in those circumstances.

That usually means you are so overwhelmed with events, and pressure is at the highest level, and the real art is to perform perfect on that level.

It is up to you and your well prepare mindset are you gonna “loose it” or not.

In the shortest summary, you need to prepare Bullets, Beans, Bandaids and Brains (mindset).

17 responses to “Under Pressure”

Some Thoughts on ‘Reality’ TV Answers to Readers Questions (Part One)