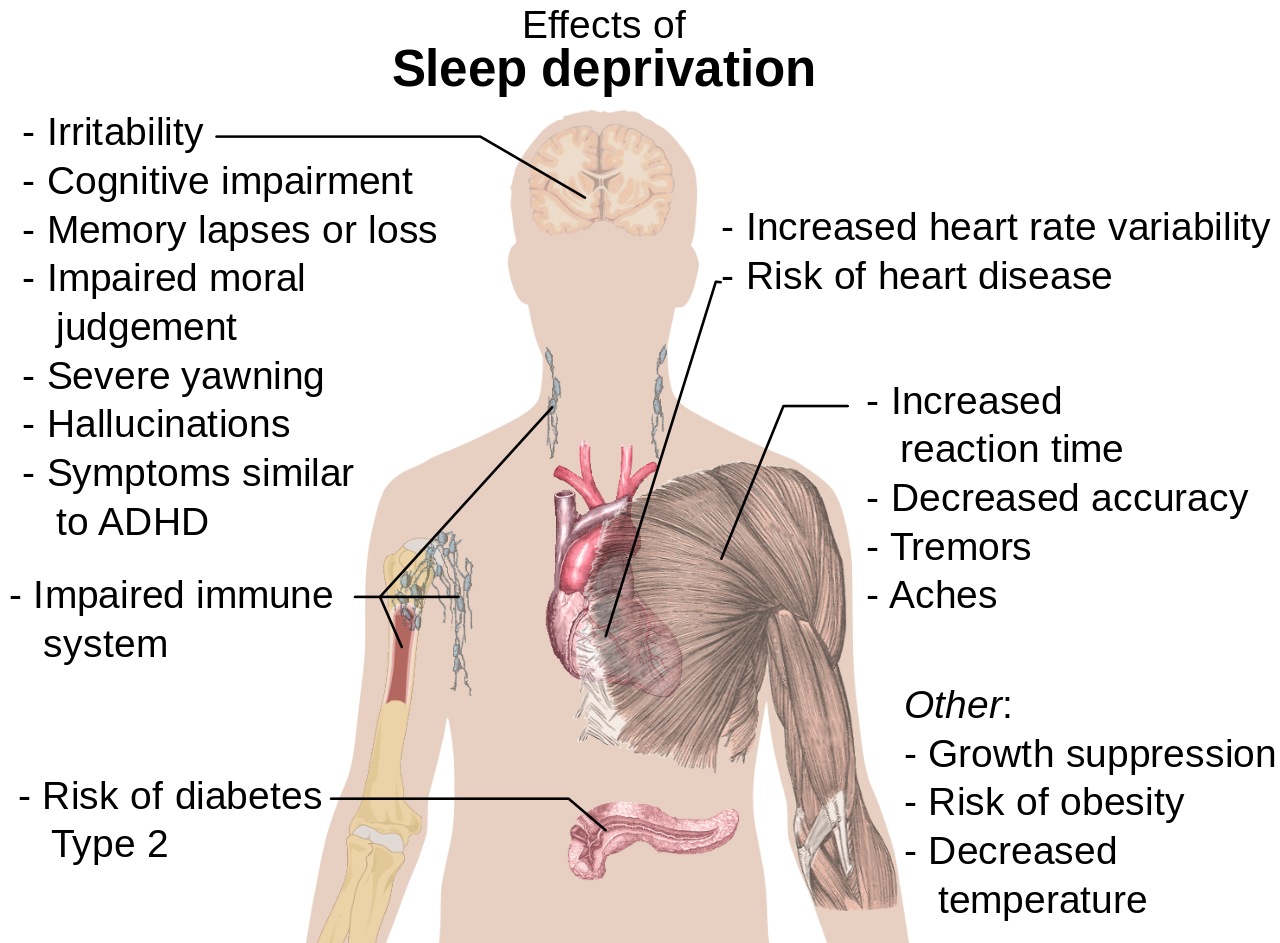 It is one of those things that lot of people do not see, that when SHTF they will have big problems with and due to sleep deprivation.

Reasons are many, maybe it is going to be too dangerous so you’ll be forced to stay awake for prolonged time, or simply your sleep cycle will be messed up because you’ll be depressed when SHTF, or you will not have enough time for quality sleep…

I use to call that feeling –„being in a bubble“.

It is like being on drugs that makes you feel like you do not care about things around you.

For example you find yourself in situation when you do not care are you going to be shot, you clearly see that you have high chances to be shot from sniper on very dangerous intersection, you see that odds are high for that, but you taking that small chance (of not being shot) and go over that intersection, partly because you do not care and partly because you are feeling invincible.

You are in the „bubble“, in a strange state of feelings and processing information around you and that „bubble“ came, largely, from sleep deprivation.

Let’s at least say it moves you out of your „normal“.

Once, I was hiding for 3 days in ruined house with my friend, while unit of soldiers were out on the street.

Maybe 50 people with one tank, they were drinking and occasionally entering houses around our house to check for stuff, their tank was broken, something with engine and they kept the engine roaring almost all the time, fixing something with fuel or oil.

We did not sleep for those 3 days, we were ready to jump in a split second if they entered our house. On the third day my friend announced to me that he is writing poem about this situation, and I myself was very close to going out to the guys and tell them that I do not believe in war or something like that, in the belief they’d respond with ‘Okay, well then go from here(!?!)’.

Luckily that day they moved away after they fixed the engine.

It is subjective, but based on my personal experience you can expect after 3-4 days of no sleeping during SHTF  to see things that are not there, or on the other hand not to see things that there. (Toby comment: Be aware this can happen MUCH sooner in some people, even in less than 24hrs depending on the stressors around, age of the individual and overall fatigue level, among other influences)

Personally I saw couple of times people that are not falling down after clearly being shot several times, dead people walking,  strange lights, sounds, or simply let’s say ‘ghosts’.

I learned over the time to notice and observe things like that, but not to react, otherwise I would probably have gone crazy.

When you hear baby crying 10 meters from you in abandoned and ruined house in the middle of night and you follow the sound and go there, and there is nothing there, but now same sound coming from other room that can give you some weird feelings in your guts.

You observe, but not react-otherwise you go crazy.

Fear and lack of sleep will play with your mind.

What Can You Do?

Just like with lot of other things connected with SHTF very often you can not do s..t with sleep deprivation because it simply will be there, but there are things that you can consider because they help:

Sleep deprivation when SHTF is always accompanied with other things, so it is good to at least take away that other things. If you are having diarrhea, or you are malnourished, or simply you are out of shape AND you are in the middle of sleep deprivation that makes things a lot worse.

If you are in good shape and having lack of sleep, it is something that you can work with, you can survive.

– Do Not Be Alone

It is maybe not „politically correct“ to say, but again based on personal experience drugs and alcohol are helping in sleep deprivation BUT only in short terms, on longer terms actually they will f..k you up even more, so be VERY careful with that, nothing can beat a short normal nap.

I can count on the fingers of one hand how many times I had a full night sleep during my SHTF period. But I did have short naps. 20-30 minutes. And they help.

Even in the middle of shelling or fight, somewhere hidden (more or less) I would put sunglasses on and cotton in ears and had short nap. It was very „shallow“ sleep.

At night sunglasses can minimize the effects of flashes around you, and cotton can take away a bit of detonations sound. (yes, good thing to store today is „eye covers” for sleeping and ear plugs)

Sleep Deprivation and You

I have to point out that my SHTF experience was bit „drastic“, so you may not be found in middle of shelling, but still I can assure you that you will have problems with sleep deprivation when SHTF because of the amount of new situations that SHTF brings, so be prepared for that.

7 responses to “Sleep Deprivation and SHTF”

Some Thoughts on Bugging Out Corona Virus Panic & What Matters Now