Blog
You are here: Home / Blog / Questions / Answers to Readers Questions (Part One) 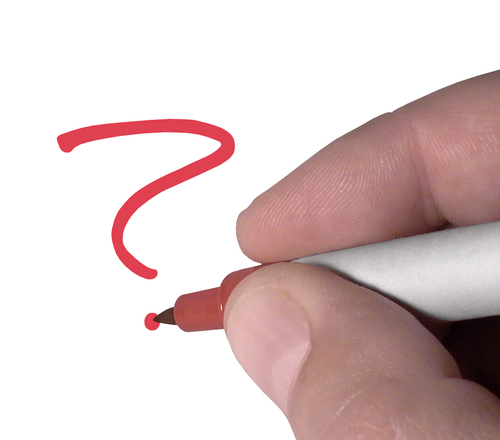 I asked you in one of my previous posts what you would like to see or read here on blog and your answers were great, actually I did not expect so many comments and questions.

There are some comments and demands about topics that I already wrote here yes, and there are some new. Since number of questions is huge, I will every now and then, publish one post with my answers and comments on some of your questions.

So here are few:

Respectfully, I would ask three questions:

When you are thrown into a survival situation, decision to give up is not so much connected with the lack of food, safety, water, services etc.

Usually it is connected to the realization (of the person who is giving up) of the fact that there is no clear clue when all things will come back to normal (when he again gonna have food, water, security etc.)

When you go days into fighting, starving etc- surviving is a process where you push your body and mind more and more, and if you “look too far into distance” and there is no clear evidences that things will get better – your will can be crushed very easily.

You may conclude that “it is not worth it”, and then that’s it.

I know it is generalization but yes, you need not to look too far and to have high hopes, you just need to operate in your small circles and push day by day.

It was bad thing to see, and it happened, often. Good “cure” for it was that you need to find use or task for that person, you need to bring back a sense of purpose to them.

Easier way was to find job for them -taking care for food, watching for the kids, anything  that would make them feel useful.

If member of the group “ gave up” and if the group structure was ‘family’ then usually other members try to give some support or if that failed then just leave him alone in terms of duties and everything, nobody had too much time for psychological help in that days.

If group meant several people “bonded” together by chance or temporary need (no big and strong connections between them) then other, harder, measures were in place.

Thank you once again Selco for showing us that the positive side of humanity is always capable of returning and surviving.

What I have always wanted to really know is; what is it like to be in a SHTF situation when the UN troops are there?

I ask because I have heard both positive and very negative things about UN troops. I simply ask for the truth here.

Looking at the big picture they did horrible job because they were under armed, desperately badly coordinated between different contingents and without clear cause and function and political support.

So in reality we had situation where two opposed local units are in the middle of fight and each unit is around 2000-3000 men strong with tanks and artillery and suddenly there is UN unit moving in with 5 APC’s and 50 men in order to make ceasefire, and of course everybody shoot at them or simply take their stuff and make hostages of them.

They did not have clear tasks, political will behind them and firepower.

On the local level, when it come to individual members of those UN forces, I have seen cases where they simply break the clear orders and attack some guys in order to save civilians.

So there were good people there, but horrible organization behind them.

They did save people, evacuate injured civilians or get shot while they tried to bring food in areas where people starved..

When it comes to fighting capabilities I remember the British army as a tough guys.

Those were UN forces, they failed to make peace, later came International forces (US led) with clear will and duties and we all here were fed up with slaughtering already, and what was most important with huge amount of force, and by the shear amount of force they succeed to bring peace, it was philosophy of : “who ever keeps firing after this date will be leveled by us”.

How to handle UN troops?

Every “UN troops” deployments are doomed unless they are coming with HUGE amount of force and in great numbers, or they coming  into the region where any kind of will for resistance is crushed long time ago.

As an addition to your questions and since I am aware of other comments (and worries) about “UN forces on US soil” I really have to say my opinion- it is kind of fantasy.

Numbers in US, numbers of weapon in US make any kind of “UN troops coming to US to pacify us” simply and clearly impossible.

To “pacify” somebody you need force several times bigger then opponent, and you need it on the ground usually, and you need some kind (to some extent) will to be pacified.

I’d like to hear about how you bartered for things you needed.

What were valuable items for barter? Was the local currency still worth something?

Were foreign currencies used? What about gold or silver jewelry or coins?

How were you able to ensure your safety during barter transactions? What did you do if you found out you had been cheated?

I did write about this topic already, but since it is important topic (and one of the favorite on blogs and with lot of myths too) I will answer it in short.

First and most important is that nothing was pre-set, nothing was constant and that include basic factors like values of items, security of trade, rules of particular trade etc.

As the situation worsened more into the direction of real SHTF situation people started to appreciate (and look for) usable items, and when I say that, I mean items that solve your immediate problems.

So for example if you had precious artistic picture that in normal times is worth around 10 000 Euros you could not do to much with that in terms of trade because simply people did not care for that, they were hungry, wet, cold, dirty, without enough weapons and bullets.

Maybe you could find some war lord who had connections with outside (normal) world and he could maybe give you 20 cans of meat for that art because he know you are starving.

Or in other case he could simply take it from you (and maybe kill you or not) because he is warlord and you are nobody.

Now this is something that can be transferred also in terms of owning precious metals for SHTF.

When SHTF it will worth much less simply because you can not eat it, or you can not shoot from gold coin to someone, yes you can try to buy weapon with gold coins or food (at outrageous price, and with danger of getting killed) but what is the point? Why not store food and weapons in the first place?

Gold and silver jewelry or coins in form of small rings and necklasses as a temporary bribe in some situations works really cool, and as a stash when some kind of society jump back in (when SHTF ends) is good idea too.

But in the middle of SHTF I prefer more usable items.

In my case local currency worked in the beginning stage of SHTF, but it was very short period, then foreign currency jumped in (US dollars and German marks) and as situation worsen prices of things for marks and dollars went up very sharp, and also situations where you could buy something with it become rare-people started to trade.

Ensuring safety during transactions (trade) was problem, but common sense was to never go alone on trades (3 is good number) to trade with known people (returning trades) or to go to trade on confirmed information (you get information about trader from trusted person who already traded with him)

Of course very often you could only go in 3’s, all else was unknown, so you took the risk.

To have rumor (or information) about you that you are bad trader (cheater-you gave bad item to someone) was bad because rumor then goes around and no one want to trade with you.

Also revenges for bad trades were hard and sometimes final.

But for example it was not always about physical punishments, guy cheated me once with some things and I simply “spread” out information on correct places that he mixed plaster and similar things in his wheat (for trade), and soon he was simply “scammer” and nobody wanted to works with him.

By the way it was lie, his stuff was good, but it is an example of how things worked.

I hope these answers help? Let me know in the comments below if anything was of specific use or interest to you…?  I’ll be answering more of your questions in future posts!

12 responses to “Answers to Readers Questions (Part One)”

Under Pressure Stuff – Concerns on ‘Over Attachment’