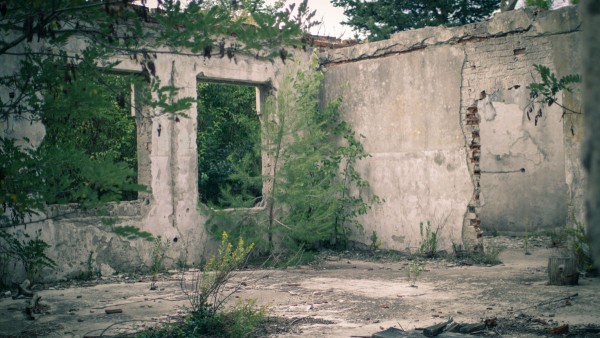 I want to ask, I wish you would elaborate more about what kind of qualities the lone wolf preppers you knew about that were able to survive those times, I get the impression you considered them weirdoes could you give more details? It could be important for those of us that cannot find community of people to prep with at the moment.

Thanks Richard!
I wrote and mentioned in articles and interviews more than once that “lone wolf” plan of surviving serious SHTF event is bad idea, but yes, I admit, sometimes simply being alone is only option for some folks.
Here is the links to my previous two articles about “lone wolf” , or being alone idea:
going it alone
lone wolf

First thing for me here is to be sure that we are talking about same thing, when I say “lone wolf SHTF survival” I talk/write about prolonged event, because being alone in SHTF that last for few days is doable thing.
In dependence of violence (danger) outside together with bunch of other circumstances there is probably point in time (probably week or two) when it become very hard to be alone.

I would add one more thought (or reinforce) to those articles (besides problems of guard or spotting the threat, or being alone while sick and similar) and that thing is often overlooked in discussions about collapse of society.
It is simple fact that once when system (with all its support) is gone, your common day will look much different from the point of your invested work (effort) vs. what you get for it.

For example on average day, in normal time amount of effort to obtain 5 liters of drinking water is probably physical work of getting up and opening water faucet and filling container.
When SHTF it may require full day of physical work of founding, collecting, carrying, disinfecting, storing that same amount of water.
Same might go for heating, food, hygiene and everything else.

Simple day may require lot of work, and simple task may be much more time consuming.
All that is much easier if you are not alone, less hard, and may require less amount of time.

Impression of me thinking that those who want to survive SHTF alone are weirdoes comes probably from few things.
First there are lot of folks, who take SHTF as something romantic and movie like, and they want to be alone simply because it looks cool, those folks are living in fantasy.
Second, lot of guys who actually went through collapse alone become weirdoes, simply because they had very hard times, they had lot of hard choices to make in order to survive (maybe even to sacrifice lot of their humanity and morality), and they went through everything without close mental support from members of their group (friends, family) so they end up completely “burnt out”.
And then there are people who are gonna be alone because legit reasons.

I will not call them weirdoes, if you are after all consideration end up alone, well you ll have to work with what you got.
Basically all that you got is you alone.
Here is thing that I mentioned in that post years ago but it is really important so I will mention it again.
Actually there are two things, and on first look they might look contradicting, but if you check it in depth they are not.
First thing is: have stuff prepared, here I mean physical stuff.
I would love to say that you can overcome all troubles with your skills and knowledge, but it is impossible, because you alone cannot know and own all needed skills, knowledge and techniques needed to survive serious event. (of course you will learn as much as possible)
One of the reasons of forming the group is group knowledge.
So, since you are alone you will compensate that with having more preps for SHTF, more items.

Second thing is: Staying mobile.
Or being ready to become mobile in any given moment. Why? Well you are alone, so there is much higher chance that you will lose any physical confrontation with possible enemy then folk with group.
Actually there is more chance that you will not even spot danger on time ,maybe you ll simply sleep in that moment, and there is nobody on guard because you are alone…
In other words you must be much more ready to run, hide, avoid…in order to survive.
You actually need to stay hidden and small much more and much often.
As I mentioned having more physical items and being alone and being ready to run or hide can go together by having plan to have more caches hidden everywhere in your area,

Try to plan for that today in a way that you can make some kind of strategy where are the best places to hide stuff.
I advocate in one of the post that you have to be master in skills, or to have all skills if you are alone.
Let s face it, 99 percent of us are not gonna be able to have alone all skills.

Please do not take this words as a advice to stop learn and buy stuff for SHTF, because physical stuff will be alone enough-it is contrary, skills and knowledge is better, but you ll never be able to have all knowledge that one group formed on smart way have, so you ll simply compensate with physical items and with being small and mobile.

Huge majority of folks who start SHTF event like “lone wolf” will form some kind of group during the event, simply because they will have to cooperate with people sooner or later, and trough those cooperation and connections they will form groups who are in range everywhere from knowing some guy in other part of city who have connections for food, shelter of information to forming the group of like minded people in the middle of event because it is easier for defense.

Huge difference of forming the group prior event and during the event in fact that for a group formed prior the event you have time, months or years of carefully getting to know each member (if they already not family) his skills and mindset…so you ll know what you got when SHTF.

Forming the group during SHTF might be matter of simple circumstances that last for a days, or weeks, or in other words if some circumstances change your group member may become easily your enemy, you do not have clue because you do not know him.

So, be very careful!

Truth? Are you ready?